A very brief explanation of why “free will” is a contradiction in terms.

END_OF_DOCUMENT_TOKEN_TO_BE_REPLACED

Brian Edwards recently expressed his innate laziness by rehashing his views on determinism. He cites the fact that he is a “hard determinist” as support for his position on crime and punishment. Basically, because a combination of genetics and environment entirely determine a person’s actions, it makes no sense to punish them.

While I appreciate Dr Edwards’ sentiments, I take issue with various points and turns of phrase.

END_OF_DOCUMENT_TOKEN_TO_BE_REPLACED

So, rather than removing personal responsibility from the picture, the naturalistic worldview shows that holding people accountable is actually an essential part of the chain of causation that can shape good behavior. Furthermore, naturalism makes us more likely to be compassionate and effective in how we hold people accountable, since as we’ve seen it undercuts justifications for harsh punishment that ignore the causes of crime.

Good to see that someone wrote it, saving me the trouble of doing so. This article is about how the notion of personal responsibility can be incorporated sensibly into a deterministic (read: non-magical) view of human behaviour. [Later edit: sadly, this article has disappeared from the internet. Please leave a comment if you can find it.]

So much of my views on so many things is dependent on my views regarding the words “free” and “will” being put together as if it meant something, and the cancerous growth of bullshit it signifies.

Actions arise out of a combination of values (aka desires), recognised options and beliefs about the world. One chooses (with some other factors) the recognised option that will bring about the most-valued outcome – as predicted by one’s understanding of the world and causality.

For example, someone who sincerely believes that lemons are sweet, who hypothetically has no value besides desiring the taste of sweet things, will choose to eat a lemon, over other options, if eating a lemon is a recognised option. They are not being irrational. They are merely mistaken about the world.

That’s the problem with mistaken ideas of the world. They give rise to actions that bring about undesired results through mistakenly predicting desirable results. 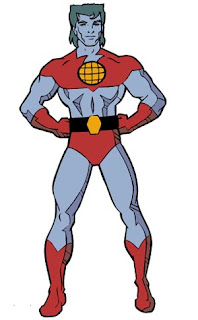 Who knew he fought violent crime too?
I’ve explained before that free will is superstitious nonsense. The reasons for a person’s actions are determined by factors outside of their control – this is a logical necessity. And so the rational way to treat crime is as a sickness with causes, rather than a sin of volition.

Put me in charge of parking fines in Auckland City, and I can make a statistically significant number of drivers pay for parking – by doubling the fines. Nothing else will have changed, except for me upping the fines, and that will change their behaviour. External factors.

It’s fairly well known that the book Freakonomics claimed that crime rates in the US markedly dropped as a result of legalised abortions. 20 years later, there was a generation of unwanted 20-year-olds born to impoverished young single mothers who didn’t exist to join gangs and smoke the marijuana like a cigarette. Crime, which had been a growing concern in the US, plummeted.

The Independent is now reporting that crime has dropped due to leaded petrol being banned. Lead had been associated with minor brain damage in children exposed to it – potentially resulting in higher rates of criminal behaviour as adults. The UK was one of the last developed countries to ban lead in petrol, and it’s the last to see a significant drop in crime.

To be concerned more with the long-term causes of crime than the immediate prevention and punishment of criminals in the short term is typically a left-wing political perspective. Right-wing politics are often identified with harsher sentencing and more police powers – whether due to the ideology of the politicians or the simple practicality of an easily grabbed senior-citizen vote.

Unfortunately, people have very short memories, and policies that have long-term reductive effects on crime are seldom appreciated in the form of popular political support. In other words, if you’re asked what you’re going to do about crime, and you say you’ll remove its causes 20 years from now and the other guy says he’ll make “life mean life”, you’ll lose, and 20 years later, crime won’t have dropped off.