END_OF_DOCUMENT_TOKEN_TO_BE_REPLACED

Chat Roulette being used as a viral marketing campaign – and well.

END_OF_DOCUMENT_TOKEN_TO_BE_REPLACED

There’s an ad for TVNZ OnDemand at the moment that goes something like this:

“On your deathbed, what kind of life do you want to remember? How about one where you’re surrounded by beautiful people, everyone listens to what you have to say, and you’re constantly entertained by wonderful things? That’s not going to happen, though, idiot. Your life is stupid. If you want fond memories on your deathbed, watch lots of television.”

Now, I am the last person in the world who’d think that there isn’t at least some kind of ecstasy offered by dissolution in a constant stream of television. Anyone who has spent more than 30 seconds talking to me will be aware of my tiresome tendency to relate just about everything back to something like a Mitchell & Webb sketch or an episode of Buffy the Vampire Slayer. But this TVNZ OnDemand advertisement is like a wake-up call demanding that its viewers radically re-evaluate their priorities.

I’m not quite sure what the marketing team can be thinking. Maybe they’re so completely on-board with their product that they sincerely believe that a life of watching their programming is preferable to anything in most people’s real lives. Maybe the notion that television is preferable to real life is so commonplace that the ad was written without any thought to the implications at all.

Yet I can’t help but think that at least some viewers will see that ad, hear the question – “What kind of life do you want to look back on?” – and answer by turning the TV off entirely.

So, on Saturday, we’re going to break the New Zealand record for the most number of trees planted by volunteers in a single day. We’ll be doing it on Motuihe Island, with a massive group of 500 people all being sent over for free by The N.O., sponsored by Smirnoff. Also, many thanks to Bluebird for supplying us with snacks, the Mad Butcher for giving us discounted sausages (including vegetarian sausages) for the barbecue, and the Motuihe Trust and DoC for sharing the vision.

Good times. Meanwhile, if you want to see me singing on a bus on a N.O. mission – and don’t pretend you don’t want to – you can see it right here. Keep in mind, I had no idea how many other agents would be placed on the bus, if any, and it was a very real possibility that I’d end up singing by myself on a bus with a bunch of strangers thinking I’d gone insane.

Contexts magazine is a sociological read published by the University of Minnesota. Yep. So, anyway, what I found interesting was their Seeing is Believing blog. The focus is on how imagery, generally in advertising, can subtly (or not) adoptÂ  and reinforce certain mindsets. The post that got my attention was “rapists as hyper-conformists“. Reminds me a little of a beer ad I saw in a bathroom at a pub in Christchurch. The brand of beer was, if I recall correctly, something like “Bich” or something – something that looked like it was pronounced “bitch”. The ad itself was a big-breasted blonde chick with an expression on her face that implied she was drugged, bending over towards the camera, and the copy read, “Nothing goes down like a Bich.” The Seeing is Believing blog also points out some pretty disturbing sexualisation of children. 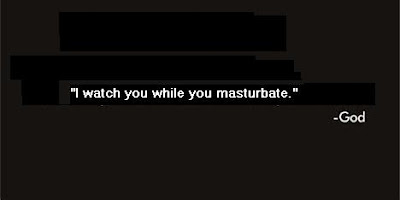 Had an interesting night last night. It began, as so many do, drinking in Forde’s Frontbenchers – the most awesome Irish pub in the world. The thing about trying to read a book in a pub on Friday night is that somewhere along the lines, humans evolved a biological imperative to ask people who are clearly trying to read a book, “Hey, what you reading? Blah blah blah blah blah.” And so it quickly becomes impossible. But one of these people, a lovely girl from the Saatchi going-away party that was going on, managed to distract me enough for a conversation.
I’m awful smoove, so naturally within five minutes I had quoted Bill Hicks (“You’re in advertising? Kill yourself!”), told her that all the billboards in central Auckland should be replaced with locally produced artworks, that all advertising should be replaced with a series of relevant peer-reviewed facts about the products, and that any marketers who lost their jobs through such changes could do something equally productive: repeatedly digging holes and filling them in again.
Having somehow messed up this casual flirtation, I ran into a regular who supervises a construction site. He and I went for a walk to his place of work, and he took me to the top floor of one of the tallest buildings in Auckland, just to see. Fucking awesome. Got a few photos, and I’ll put them up here once I can.
Then it was back to Forde’s, where the Saatchi thing was still going, and a guy saw my copy of The Hollow Men, declared himself a right-winger and we proceeded to chat. We had just finished agreeing that neither of us was likely to get into politics, simply because we were the kind of people who probably should be, when he mentioned that he is the guy behind the Godmarks billboards in New Zealand. 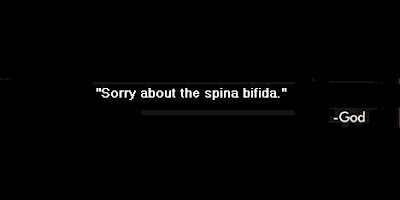 I mentioned to Darryl that my friend Raoul Shabadoo had used white paint to alter one of the posters: “I don’t mind if you yell at me. I’m imaginary.” He got a laugh out of that, and I have to say, he’s not at all what I would have expected.
Now, I’ve had enough experience with Christians to have some fairly reliable stereotypes going on in my head. I knew he wouldn’t be a raving evangelist, that he’d be young, and given the campaign, a pretty smart fellow. But the next four hours were taken up with some of the most interesting discussion I’ve had in a while. While we clearly had our differences on things like distribution of wealth, our attitude towards religion was similarly relaxed.
He mentioned, for example, how he had significantly altered the tone of the Kiwi billboards from that of their original American counterparts – no talk about hell, for a start. For the sake of his privacy, I won’t go into detail about his beliefs (not that he said anything particularly outrageous), but yeah, it was an interesting night. We ended up exchanging a few books. Good times.