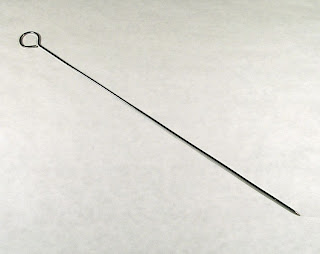 It’s a skewer. Cos of skewed results. Also, I need a coffee.

Something needs to be said about the text/phone polls that Close Up (and others) have been running recently. Throughout the 6pm news, advertising for the upcoming episode of Close Up will include an offer to have your say in their polling by texting or calling an 0900 number.

Last night’s example was one for preferred Prime Minister.

The problems with this should be obvious. They are not an indicator of the views of the New Zealand voting public. They are an indicator of the views of the Close Up viewership who, for whatever reason, are inclined to pay money to influence the outcome of the poll. Nothing besides time, money and good manners prevents someone from voting as many times as they like for their view.

A poll that purports to indicate the views of the nation is limited by the following factors.

It’s polling Close Up viewers. As much as Close Up might like to think that it is watched by everyone in the country, or at least a group that is proportionally representative of everyone in the country, it is not. In last night’s show, for example, there were three times as many viewers in the 30-59 bracket as there were in the 15-29 bracket. And while the 30-59 bracket is split fairly evenly between male and female viewers, four times as many women in the younger bracket watched Close Up last night than men. Close Up viewers will also be people who understand spoken English and don’t prefer Shortland Street (or Campbell Live).

It’s polling the number of votes, not the number of voters. While it’s possible that, in some fit of integrity, the Close Up polling system only accepts one vote from each phone number (and turns down the extra revenue of subsequent votes), it’s unlikely. And even if it did, that would again make the polling potentially misrepresentative of multiple views in a single household.

What this means is that not only does the polling favour those with the dollars to spend and the lack of sense (cents, get it, ha ha ha, hilarious) to refrain, it gives a weight to their opinion proportional to their willingness and ability to vote multiple times. And, of course, there is the recent accusation that National purchased a $25,000 machine that makes repeated votes to skew the result.