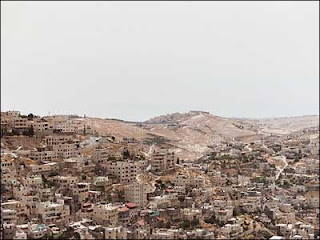 It’s important to occasionally rail off some statistics to put things in perspective. For example, how many children would you say were killed in the Israel-Palestine conflict last year? If you guessed 60, you’re hella right. 60 kids. That’s pretty fucked.

Here’s another interesting point. What’s going on in Gaza at the moment is FUCKED. For those who don’t know, essential supplies have been blocked from getting into Gaza, including food and fuel. The fuel is used for generators. The generators are used for the hospitals. The hospitals are used for keeping people alive. This is collective punishment. Blatant collective punishment.

So, punishment implies a crime. What is the crime for which 1.5 million people are being punished? Rockets being fired at Sderot, an Israeli town. You can read the LA Times article here , about how hard life is in Sderot:

They take quick showers, afraid to miss an alert, no longer sleep in upstairs bedrooms and avoid public places at what are considered peak Qassam times. And when the alert sounds, people drop everything, including their unpaid groceries in the aisles, costing Daniel Dahan more than $100 a day, he said. He owns Super Dahan, the grocery his father started. They run to one of the square concrete shelters, known as betonadas, after the word for cement, that increasingly dot the town. Then they pull out their phones, to check on their children.

And let’s face it, that’s pretty terrible. Living with that kind of fear must suck. Dropping your groceries, phoning your kids… Hell, it’s going to cost US$25,000 per house to add safe rooms to protect people. Who can afford that?

Well, presumably the people of Sderot can afford that. And apparently they have groceries and phones. Yes, it’s a tough life there. And their kids! I mean, as I said above, 60 children died in the conflict last year. Some of them must have come from Sderot, right?

Well, some of them must have come from Israel, right?

Yes! Yes, one child out of 60 who died last year from violence in the Israel-Palestine conflict was Israeli. His name was Mahmoud Ibrahim Mahmoud al-Krenawi, 11, of Rahat, near Beersheba. He was a Bedouin with Israeli citizenship, and he was shot by the Israeli Defence Force, in his head and pelvis, while picking figs.

Oh, wait. Even the Israeli kid wasn’t killed by Palestinians. He was killed by the Israeli Defence Force too. This is very disconcerting. So, basically, hospitals are being shut down, 1.5 million people have had their vital supplies cut off, who are living in shit anyway, because they democratically elected the wrong people and include some minority who fire unguided rockets into a town 1km away, disrupting grocery shopping and killing one Israeli child every two years, on average, since they began being fired in 2001.

It’s just fucked. And the media’s attempts to “show both sides” and “be objective” just results in a ridiculous presentation of the affair as being roughly equal, with equal accountability and equal power to resolve the situation.

Anyway, according to Tom Feeley, here is how to donate food directly to Palestinian kids. No political, religious or militant groups involved.

PS. Statistics from Remember These Children.

PPS. Yes, life in Sderot is fucked, and it shouldn’t be. Missile attacks on civilians are by definition terrorism. It’s just fucking paradise compared to what the IDF do to Gazans.