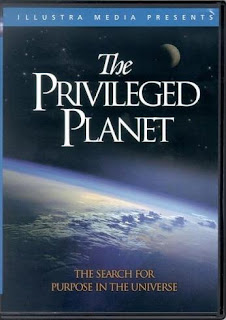 Ian Wishart has kindly responded to my recent post on chapter four of his book The Divinity Code. Rather than create a bulky ongoing commentfest, I prefer to post further articles (mainly because Blogger’s comment system combined with my layout equals shit).

One of my criticisms was that Ian’s application of the anthropic principle assumed that earth life is the only kind of life. At least, that is the premise that would have to be added to make the reasoning sound. I made a separate criticism that his argument assumed that life is special enough to demand more explanation than any other kind of physical phenomena. While I made the points separately, they can be made together. Here is Ian’s argument.

I suggested that there was an implicit assumption that earth life was the only kind of possible life – or else the first premise is false. If earth life is not the only kind of possible life, then the first premise becomes “earth life requires exactly earth-like conditions”, which is tautologous and therefore true, but invalidates the argument. To illustrate this, I made an analogous argument:

We know from everyday experience that there are millions of people who could correctly think, “Fucking hell, if Mum and Dad hadn’t had that last oyster 27 years ago, I wouldn’t be here!” It requires more thought to imagine the possibility of other potential kinds of life which could reflect on their existence and say, “Fucking hell, if we didn’t orbit a binary star system, we wouldn’t be here!”

Ian has recently been given a similar response, where someone has replaced “earth life” with “Cambridge cosmologists”. Ian quotes their counter-example:

His respondent adds, “The problem with this argument is that Cambridge Cosmologists can be replaced with anything (including yours truly or tape-worms) and therefore is vacuous.”

It’s worth noting here that this is not really the argument that Ian was putting forth in chapter four. There is nothing like the first premise (“If God made the world so that Cambridge cosmologists would thrive, then they would”) in his argument.

What it shows, though, is that I need to be more clear in my Ryan’s Life analogy. Presumably, what Ian is saying to me by quoting his response to Mr Cambridge is that my analogy would only be analogous if I was in fact the only person to exist. That’s fair enough, given how difficult an analogy it was. I’ll make it a bit clearer.

The surprise that I am Ryan and not someone else is analogous to the surprise that earth-life exists and is not some other kind of life. It is analogous not because Ryan is the only person who exists, but because Ryan is the only person who is Ryan, amongst others who are not. The difference is that we can see other people, other potential lives, but we cannot see other potential forms of life. That was, in fact, my whole point – that this is why it’s intuitively compelling to believe that earth-life is unbelievably special, whereas it’s not intuitively compelling to believe that Ryan is unbelievably special. Because we have examples of alternatives to Ryan, but no examples of alternatives to earth-life.

This isn’t lost on Ian, and he’s provided a few arguments that, in fact, earth-life is the only possible kind of life. Biochemists have suggested that only carbon or silicon has the versatility and stability to be a basis for life, and carbon moreso than silicon. That narrows “life” down to “carbon-based life”. A fair enough argument. The problem is that carbon is fairly prevalent in the universe, and we don’t really know what other potential self-replicating patterns of matter could arise involving it.

Those paying close attention will note another analogy here. There’s no end to my statement, “We don’t know all the possible arrangements of matter and their likelihood of spontaneously occurring.” We can never know. Isn’t that analogous to the God of the Gap of the Origin of Life? A “Get Out of Argument Free” card?

Again, we’re back to the odds. Scientists assume there is a naturalistic explanation for life on earth – either one they’ve imagined already or one that have not – because there always has been in the past. Schizophrenia is not caused by demons. Palsy is not caused by fairies. Lightning is not caused by gods. Rainbows are not placed there by God. Mental states are not souls, but directly alterable chemical processes. Almost everything in the past that was previously given a supernatural explanation now has a proven naturalistic one. What are the odds that this one is different?

But I digress. Back to the matter at hand. I claim we can’t know the odds of life spontaneously occurring somewhere in the universe, sometime from its beginning to its end, even if we limit ourselves to carbon-based life. To me, it’s a safe assumption that life of some sort is inevitable in the universe – there’s a lot of universe. If those incalcuable odds are different, I could be wrong, and life may well not be inevitable. It may be incredibly unlikely. Let’s look at a different part of the argument, the most fundamental: