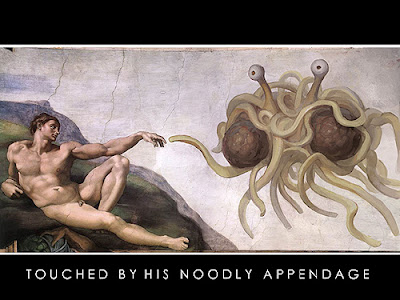 A month ago (yes, a whole month), I reviewed chapter three of Ian Wishart’s The Divinity Code. Towards the end, I said:

Ian declares at the end of the chapter that this is going to be a major theme of his book. There are so many things that “could have” been different, therefore we are so lucky to be here that it is unbelievable that our being here is not the result of sentient intention.

Chapter four, “The Improbability of Earth”, continues this theme, so it’s worth recapping the three thoughts with which I ended the last review:

1. The assumption that it is intelligible to speak of what “could have happened” in the universe.

2. The assumption that earth life, or even sentient life at all, is special enough to require special explanation.

3. The assumption that there aren’t “other universes” which fall victim to exactly the sentient-life-less fate we’re told we narrowly avoided, and that this just happens to be one in which sentient life is possible.

1. Current hypotheses regarding the origin of life on earth are inadequate.

2. A life-producing earth-like planet is so unlikely as to be practically impossible.

3. Scientists believe in God, therefore you should.

There are several assumptions underpinning the arguments in Chapter Four.

The assumption that earth life is the only kind of possible life.

Without the unspoken assumption, the odds of life arising increase by an order of the number of every possible – existent or non-existent – planets with conditions that could give rise to any kind of life (not just earth-like life).

If this is still not clear, consider this analogy:

1. Incredibly unlikely things require special explanation.
2. (Unspoken assumption: Ryan Sproull-like people are the only possible kind of people.)
3. Ryan Sproull required exactly Ryan’s Life in order to arise.
4. A person’s life conditions are astronomically unlikely to occur exactly like this.
5. Therefore the existence of a person (me) requires special explanation.

It may well be that life of any kind is still unlikely enough to fit Wishart’s criteria for requiring special explanation. Just because life in general is more likely than earth-like life, that doesn’t mean that it is as inevitable as some scientists erroneously believe that earth-like life is. But really, we don’t know what these increased odds are, because we don’t know all of the possible forms of self-replicating patterns in the universe.

All of Wishart’s arguments are based on earth-like life. Many are based on theories of the spontaneous arising of complex life in the form of the simplest cell possible. It may seem like “the simplest cell possible” would be a simple form of life, but really, even a simple cell is incredibly complex. For this reason, molecular biologists have long since abandoned theories of such cells instantly forming, in favour of cells themselves having evolved from simpler processes. No conclusion has yet been reached (see next section).

Wishart refers to a Dawkins argument that addresses the unlikelihood of earth-like conditions arising.

[Dawkins] disarmingly concedes the point. Yes, he admits, we appear to live on a unique planet. Yes, the moon is crucial for the existence of life [note the implicit equating of “life” with “earth life”]. Yes, we inhabit the Goldilocks zone.

“Earth’s orbit,” he agrees, “is so close to circular that it never strays out of the Goldilocks zone.”

Faced with all of this, Dawkins tries to convince readers that despite everything having to be “just right”, science still has a natural answer.

“The great majority of planets in the universe are not in the Goldilocks zones of their respective stars, and not suitable for life [now Dawkins making the earth-like life assumption]. None of that majority has life. However small the minority of planets with just the right conditions for life may be, we necessarily have to be on one of that minority, because here we are thinking about it.”

Simple, really. Using Dawkins’ logic, you can wave all the unlikely preconditions aside, put it down to blind chance, and say, “Well, here we are, then, so it must have happened naturally.”

Richard Dawkins’ fatal mistake here is the assumption that his very existence and ability to ponder the probability of it all proves in itself a natural first cause.

The Assumption that Not Knowing Means God Did It

We don’t currently know for sure how life arose on earth. Without a time machine, we will never know for certain. Hypotheses can be forwarded that fit the observable facts, but by their very nature they are untestable. We cannot observe what happened millions of years ago, and we cannot reproduce conditions that include millions of years of time. There is a gap in our knowledge and there will continue to be so.

What we have with appealing to God when science has no conclusive explanation is the “God of the gaps”. The gaps continue to shrink, as scientific explanation expands, but the gaps are still there, and so the God of the gaps persists. What we have here is a situation where the gap will never completely disappear – it is beyond the ability of science (unless we sort out time travel) to conclusively fill the origin-of-life gap. And so it is a place where the God explanation can sort of surviveo forever if needs be.

The Assumption that Life is Special

To be more clear, the assumption is that life demands a more special explanation than any other phenomenon does. In other words, two hydrogens and an oxygen forms water, splitting uranium atoms releases energy, gravity pulls everything together – all of these could be true and it would just be a boring old universe anyone could imagine floating around. Add life – especially sentient life – and suddenly it becomes a universe that demands an explanation.

There is simply no logical reason for this leap. The formation of a particular kind of crystal may be incredibly unlikely and rare, and occur in this universe, but that does not mean that the universe now requires special explanation, nor does the occurrence of this crystal require special explanation. The same holds true for life. While life may be very important to the living, its importance does not hold outside of its own self-reflection, regardless of the odds of it occurring.

There is no objective standard of importance against which we can judge ourselves to be more important than a quasar, and so there is no means of singling this universe out among the infinite imaginable potential universes against which we compare this one when we say that it is unique, life-bearing and important.

I may write a little more on abiogenesis and potential non-earth-like forms of life later.

15 Comments → DC: The Improbability of Earth